Images from exhibition in venice

On the 5th of May, Prlja has proposed a one day workshop and intervention in the public space, that aims at creating an image of ‘Humanistic Communism’, where the group of participant will show love and care toward the old socialist monuments, by hugging, caressing, kissing, cleaning and by daydreaming together of a system that might alternate or improve the cruelty of current or new systems to come. 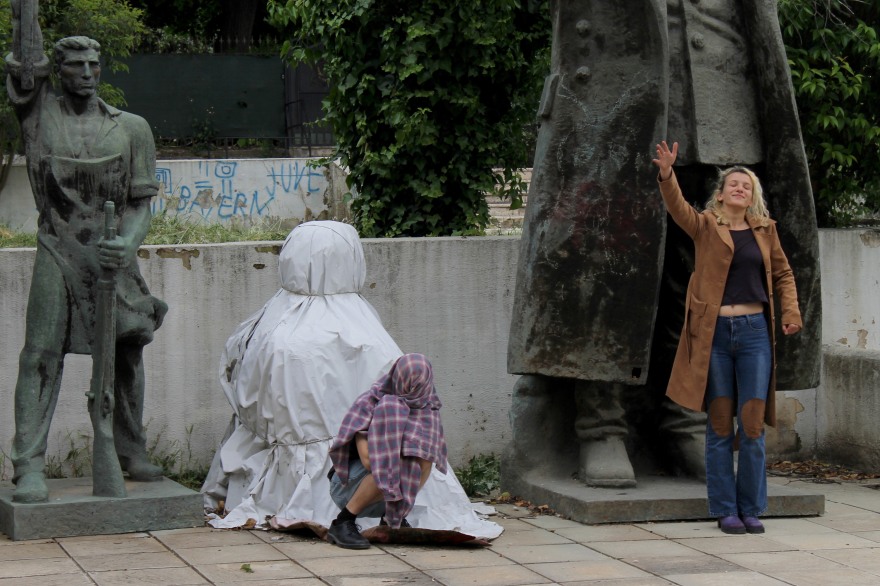 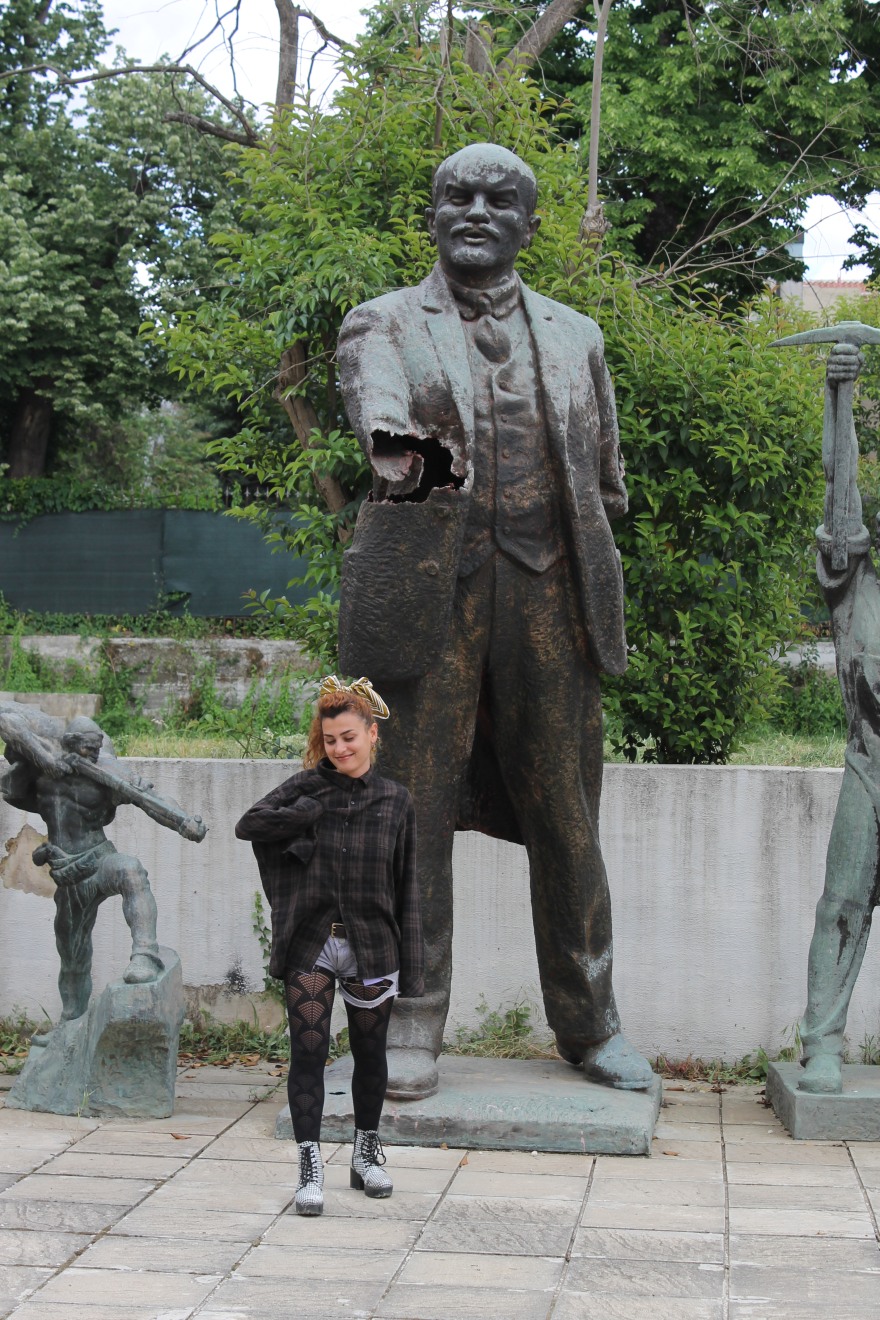 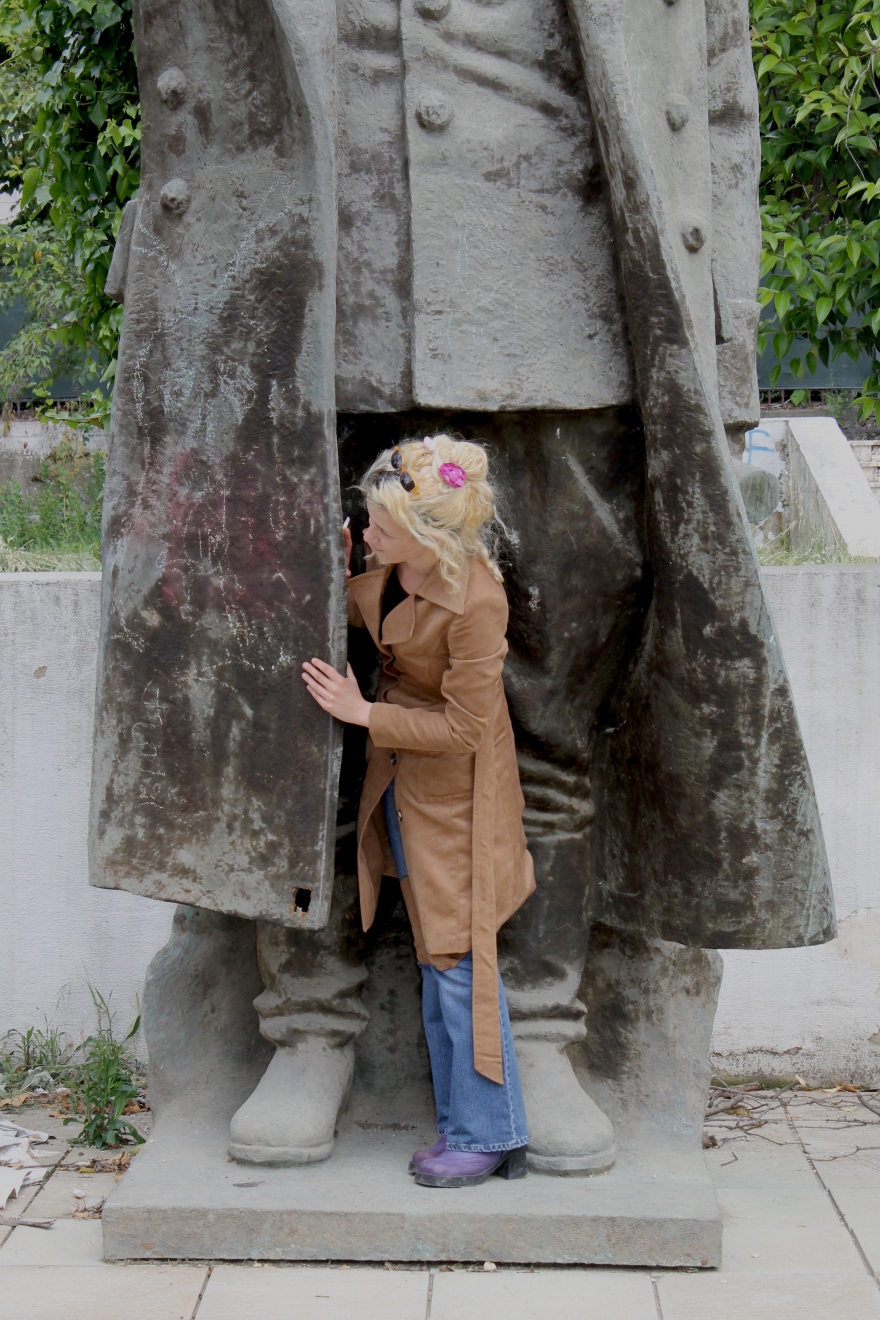 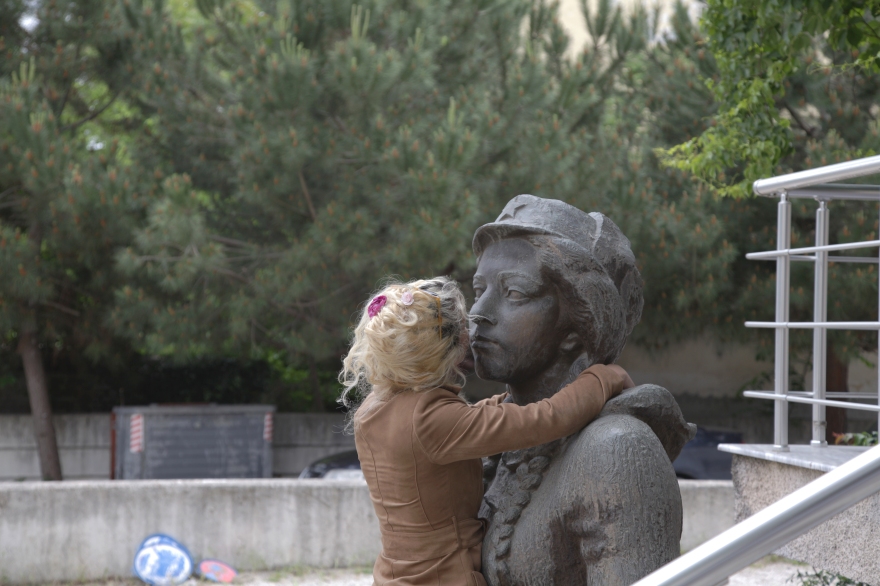 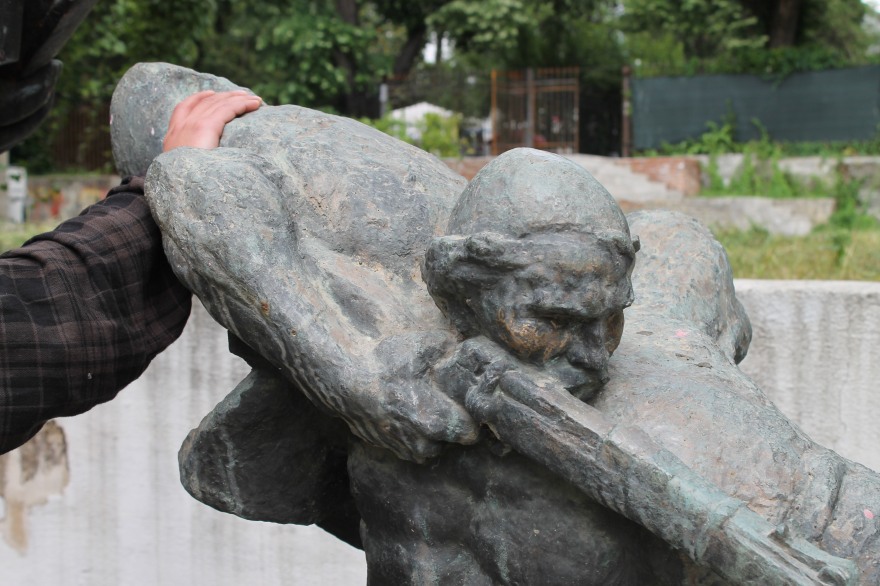 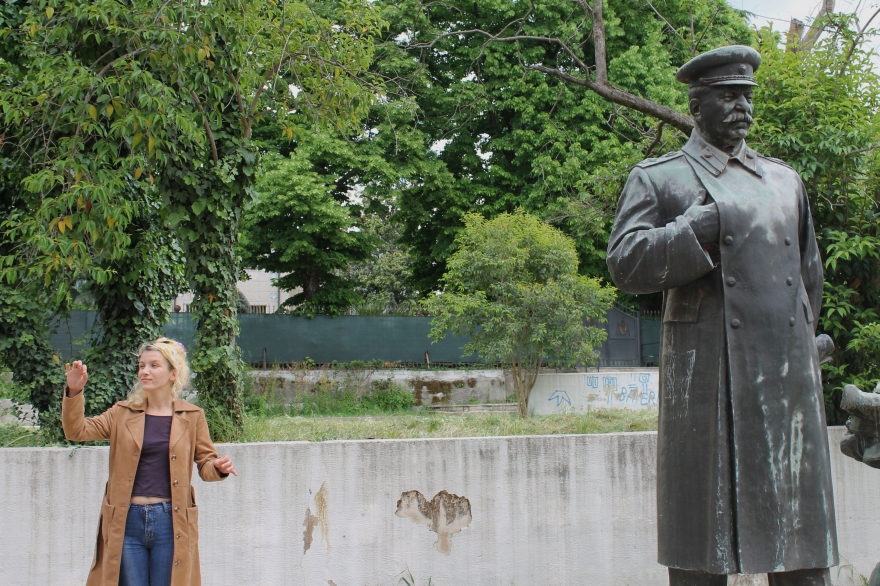 Double Feature is a new event format introduced by Tirana Art Lab with the aim of systematically displaying in our premises, two artistic positions to the Albanian, the regional and international audience. For the Double Feature #4 we will bring together the work of Albanian artist Nikolin Bujari and the Macedonian artist Nada Prlja. The fourth Double Feature presentation is part of “Heroes We Love” collaboration project and it include works that where developed through public space interventions and a workshop with the motto Socialist Heroes Revisited.
After the successfully organizing of the international conference “The Art of the Socialist Period between Contempt, Fetishism and Transition” with the participation of curators, art historians and scholars, Tirana Art Lab wants to engage contemporary artists of younger generation into the project through the art intervention on the selected socialist era monuments. The interventions aim to stimulate public debate, initiate new interpretations and envisage the potentials of those art works of the past.

Albania artist Nikolin Bujari, whose artistic practice concentrates on reflexion and interventions in the public space resulting in site specific works, will produce a new work of art that consist in shifting attention toward monuments from the past and their placement in the public space in contemporary Albania. On the 5th of May 1942 Qemal Stafa one of the founders of the Albanian Communist party, was killed by the Italian fascist forces, which had occupied Albania. After the end of the war the date of his death anniversary was chosen as the Martyrs day of Albania to commemorate all of those who lost their lives for Albanian’s liberation.

A monument, at the place where Stafa was killed was build and still exists today on a street named 5th of May, located next to the big market of the city of Tirana. The monument is surrounded by selling stands, appearing as an absurd construction in the middle of the trade center. Bujari is duplicating the original monument in original size and will install it in front of Tirana Art Lab, located in the very city center. In his new work “A Monument for a Monument”, Bujari uses simple strategies of replication and relocation in order to change the context and at the same time the frame in which the monument is being taken in consideration, creating possibility for debate and re-evaluation.
Artist Nada Prlja, uses different media in order to develop her projects, which are always condition-specific with an intention to raise questions about complex issues of inequality and injustice in societies, ranging from political, social to economic issues.
“Subversion to Red” is a project that encourages a return of the idea of communism, by seeking to revive the notion of idealism in contemporary society as an alternative form of motivation.
The project Subversion to Red is inspired partially by the experimental cinema movement ‘Black Wave’ deriving from the time of socialist Yugoslavia and its protagonists film directors Makavejev, Zilnik and Petrovic, who in their films juxtapose the communist ideas and liberal atmosphere of the end of 60s. Likewise the project Subversion to Red seeking to introduces the humanist ideals into the symbolic imagery of the communism.

Subversion to Red argues against the notions of domination, heroes’ adoration and Party submission, all notions that characterized socialists’ movements around the world in the 20th century. But it fosters ‘unrealized dream of socialism’ (Buden 2008), the liberation of the soul and body, self-irony, love, human errors and naivety, an aspect of human nature that has been neglected during ‘old wave’ of socialism. The project strives to develop certain anarchistic imaginary of politics in other words ‘politics of subversion’ – subversion of the 20th C’s rigid communism, but at the same time subversion to the current cruel and economy driven capitalism.
For Double Feature #4 we will present the video Redi-ness – Gestalt  (2013) that consists of the re-enactment of a speech acted by Milena Dravić in the film W.R. Mysteries of the Organism (1971), directed by Dušan Makavejev.

On the 5th of May, Prlja has proposed a one day workshop and intervention in the public space, that aims at creating an image of ‘Humanistic Communism’, where the group of participant will show love and care toward the old socialist monuments, by hugging, caressing, kissing, cleaning and by daydreaming together of a system that might alternate or improve the cruelty of current or new systems to come.

This event is co-funded by the Creative Europe Programme of the European Union.