“Workers have no fatherland. We cannot take from them what they do not have.”

From the Communist Manifesto Taking into account the primordial violence that lies at the heart of each politics of identity, which in order to “include” someone, always excludes someone else, the Belgrade variation of the Beznacionalnost/ Nationless project held on the route Skopje-Thessaloniki-Belgrade, calls for the conceptualization of the horizon that could be thought as exceeding the mono-identitarianconcept of the bourgeois Nation-State, offering a refracting perspective of “the street and the backyard” of contemporary identities. Trying to think the possibility of emancipation through and outside the framework of national awakening waves of the bourgeois State (19th century), this project raises the question of relevance of an identitarian void. Can the concept of a void which in astrophysics represents matter par-excellence become the starting point of a new materialistic fiction of an emancipating supra-identity, a conceptual “split” that would bridge, by an uncertain balance at the beginning, the discrepancy caused by rhythmical convulsions of correlate belonging: national and nationalistic, identitarian and atavistic; restricting and always segregationistically dividing? What would this new step be? Word, image, movement are given to the poets, theoreticians and visual artists of the region. 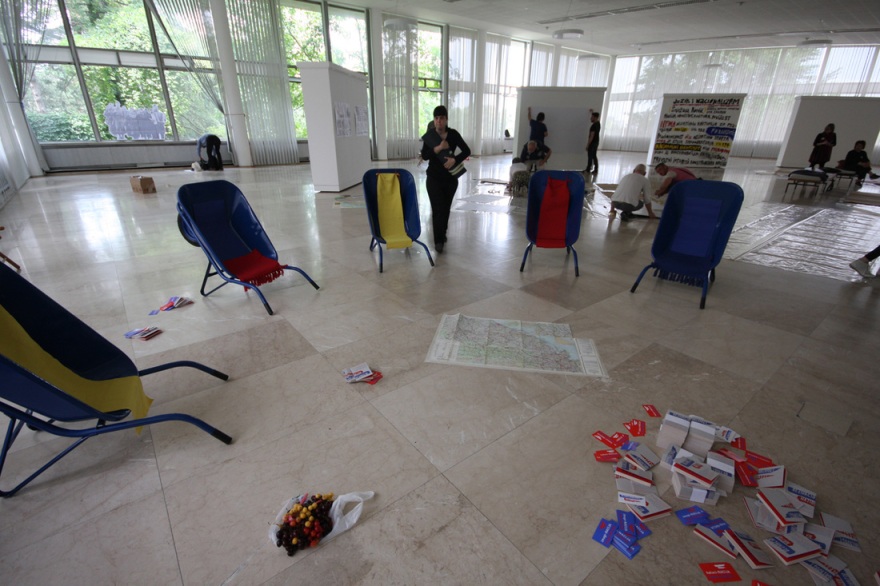